Published on behalf of the Royal Historical Society
Journal Home

THE PAPERS OF JOHN HATSELL, CLERK OF THE HOUSE OF COMMONS 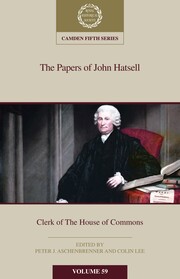