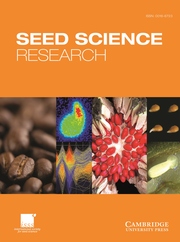 Smoke-derived seed germination is an important trait for plants to colonize postfire habitats. The well-characterized smoke-derived chemicals of karrikins germinate seeds of species not known to occur after fires in nature. Hence, the ecologically relevant germination cues in smoke remain to be explored for native postfire plants. With the fire-chaser, Nicotiana attenuata, we revisit a bioassay-driven fractionation of liquid smoke to identify ecologically relevant germination cues. By combining bioassay-guided fractionation and comparative unbiased metabolomics, we developed a robust and efficient method to identify germination cues in smoke. Syringaldehyde (SAL) was re-identified as a germination cue in fractions of liquid smoke that promote seed germination. SAL was found to be produced during wildfires in the plant's native habitat, efficiently adsorbed to N. attenuata seeds from aqueous solutions and not readily leached from soil and accurately predicted the boundaries of natural fire events that reflect the occurrence of native postfire N. attenuata populations. We propose that SAL is an ecologically relevant germination cue in smoke for this species.