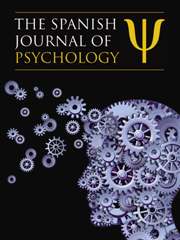 Meaningfulness in Work in Brazilian and French Creative Industries

This study aimed to investigate the meaningfulness that Brazilian and French artists find in their work, considering the historic French cultural influence in the Brazilian creative industry. The specific objective was to cross-culturally validate a model of meaningfulness in work that was developed in French Canada and that includes five latent variables: learning and development, utility of work, quality of working relationships, autonomy, and moral correctness. The present study used a French Canadian measurement instrument that was developed for the health care and management occupations in Quebec. A total of 648 individuals, 280 in France and 368 in Brazil, provided online responses that were then analyzed using Confirmatory Factor Analysis (CFA) and Multigroup Confirmatory Factor Analysis (MGCFA). The five–factor structure of the meaningfulness in work model was found to be similar for the two samples of artists—although this model was a better fit to the data for the Brazilian creative professionals than the data for their French counterparts. The analyses showed that the two groups understand the structure of the meaningfulness factors in a similar manner (configural and metric invariance). The study also showed that conceived as a social and economic core activity, work is present in the context of the arts as well as in the traditional sectors of the economy for which the model was developed.

Meaningfulness in Work in Brazilian and French Creative Industries
×

Meaningfulness in Work in Brazilian and French Creative Industries
×

Meaningfulness in Work in Brazilian and French Creative Industries
×
×