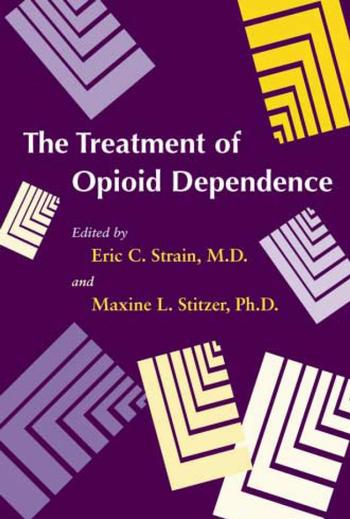 The number of patients in treatment for dependence on opioids has rapidly increased over the past few years, not just in the USA and UK, but through much of the rest of the world. Accompanying this expansion in treatment has been a broadening of the treatment options available. In 1999 these authors produced Methadone Treatment for Opioid Dependence. This book, The Treatment of Opioid Dependence, is in part an updated edition of the 1999 title; however, it also goes much further than the previous book focused on methadone treatment, with 11 added chapters (out of a total of 24), covering all major treatments for opioid dependence.

Undoubtedly, the authors achieve their goal of providing an extensive and objective overview of treatment options for opioid dependence; they also manage to link treatment to the evidence base, pointing out where evidence is lacking. Methadone, buprenorphine and other pharmacotherapies are discussed at length, as are various psychological and social interventions. The treatment of special populations, such as dual diagnosis and adolescents, is also reviewed. Chapters are clearly laid out and well written. This book is a mine of information and is extensively referenced.

The main criticism I have is that this book is too focused on the USA. Some chapters concentrate on the American treatment system and the rules and regulations that define practice in the USA. Much of this is not translatable to the rest of the world, although admittedly informative on how another treatment system works. This leads on to a curious omission; that of diamorphine prescribing. Although there are prescribing programmes and research trials in several European countries and a long history of its use in the UK, nowhere is it discussed or even acknowledged. A topic of great controversy and an unlicensed drug in the USA, it should not be ignored in a book aiming at an international audience.