from PART I - HISTORIES AND CULTURAL MEMORIES

from Part I - Social polities: history in individuals 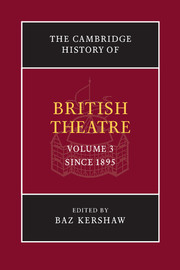