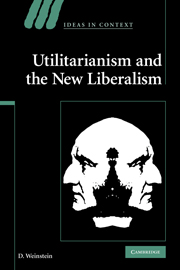 Utilitarianism and the New Liberalism