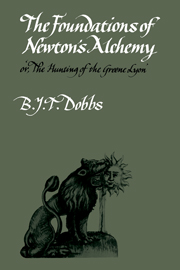 The Foundations of Newton's Alchemy