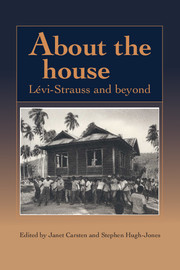 About the House
Lévi-Strauss and Beyond