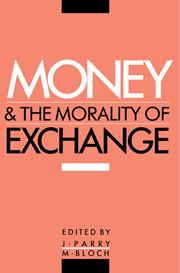 Money and the Morality of Exchange