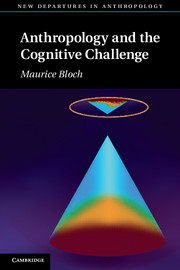 Anthropology and the Cognitive Challenge