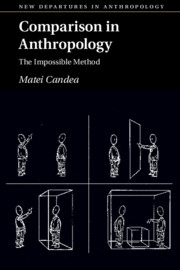 Comparison in Anthropology
The Impossible Method