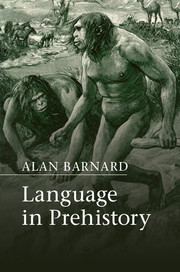 Part of Approaches to the Evolution of Language