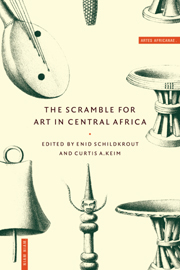 The Scramble for Art in Central Africa