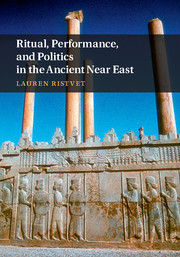 Ritual, Performance, and Politics in the Ancient Near East