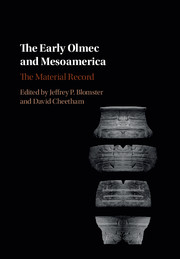 The Early Olmec and Mesoamerica
The Material Record