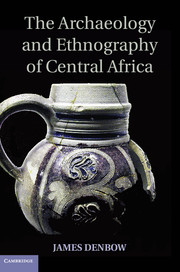 The Archaeology and Ethnography of Central Africa