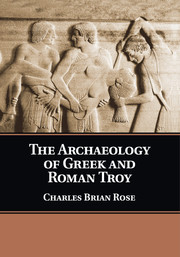 The Archaeology of Greek and Roman Troy