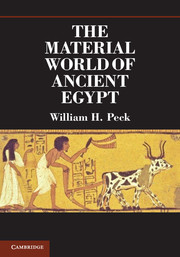 The Material World of Ancient Egypt