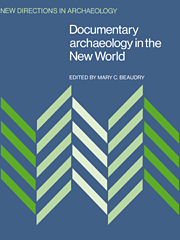 Documentary Archaeology in the New World