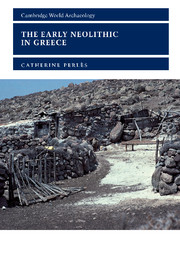 The Early Neolithic in Greece
The First Farming Communities in Europe