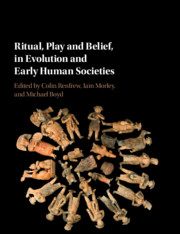 Ritual, Play and Belief, in Evolution and Early Human Societies