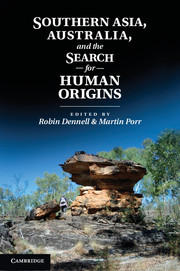 Southern Asia, Australia, and the Search for Human Origins