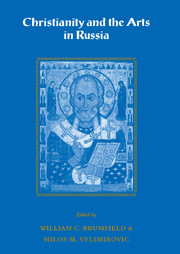 Christianity and the Arts in Russia