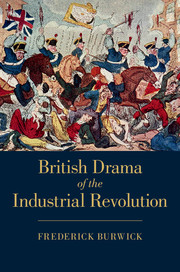 British Drama of the Industrial Revolution