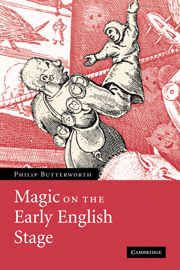 Magic on the Early English Stage