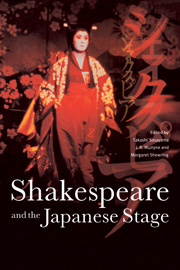 Shakespeare and the Japanese Stage