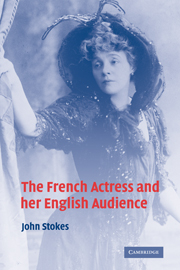 The French Actress and her English Audience