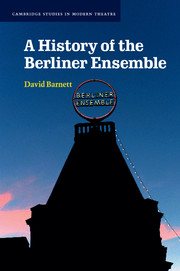 A History of the Berliner Ensemble