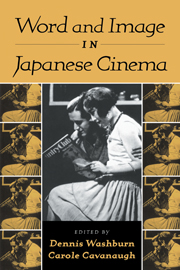 Word and Image in Japanese Cinema