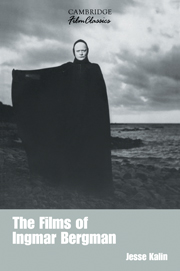 The Films of Ingmar Bergman