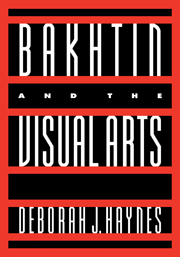 Bakhtin and the Visual Arts