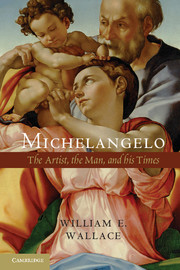 Michelangelo
The Artist, the Man and his Times