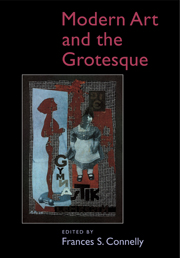 Modern Art and the Grotesque