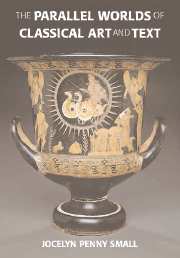 The Parallel Worlds of Classical Art and Text