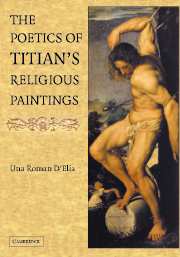 The Poetics of Titian's Religious Paintings