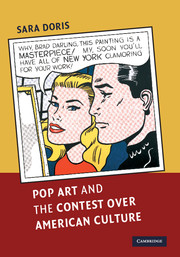 Pop Art and the Contest over American Culture