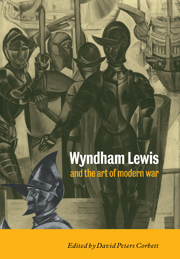 Wyndham Lewis and the Art of Modern War