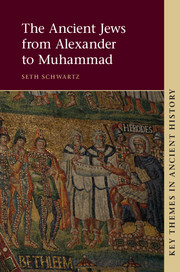 The Ancient Jews from Alexander to Muhammad