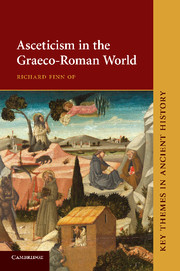 Asceticism in the Graeco-Roman World