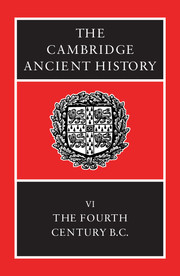 Volume 6. The Fourth Century BC