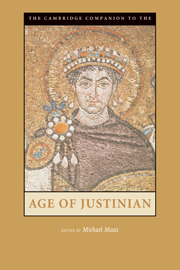 The Cambridge Companion to the Age of Justinian