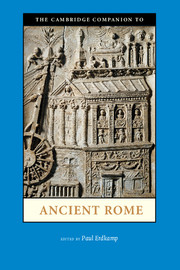 The Cambridge Companion to Ancient Rome