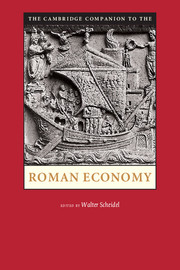 The Cambridge Companion to the Roman Economy