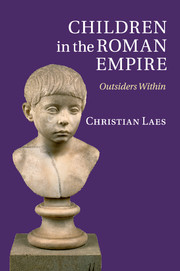 Children in the Roman Empire
Outsiders Within