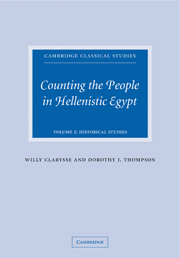 Counting the People in Hellenistic Egypt