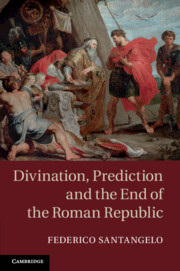 Divination, Prediction and the End of the Roman Republic