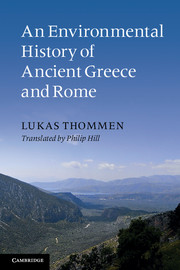 An Environmental History of Ancient Greece and Rome