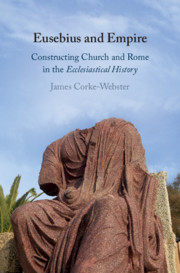 Eusebius and Empire
Constructing Church and Rome in the Ecclesiastical History