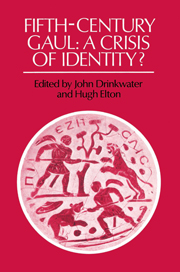 Fifth-Century Gaul
A Crisis of Identity?