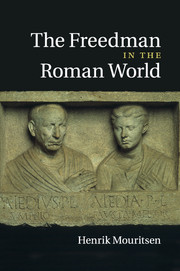 The Freedman in the Roman World